Diego Forlan bids farewell in his native Uruguay as he plays final match alongside stars Juan Roman Riquelme, Spanish golfer Sergio Garcia and Luis Suarez… who he even plays in goal!

By Oli Gamp For Mailonline

Former Manchester United forward Diego Forlan bid an emotional farewell as he played his last game as a footballer in a testimonial in his native Uruguay.

The ex-Atletico Madrid star was joined by some big names from the world of football as the likes of Juan Roman Riquelme and Juan Sebastian Veron turned out to play in the match.

His countryman Luis Suarez also took time out to show his appreciation for Forlan, but while he can often be seen scoring goals for Barcelona, the Liverpool man opted to give goalkeeping a go as he featured in between the sticks. 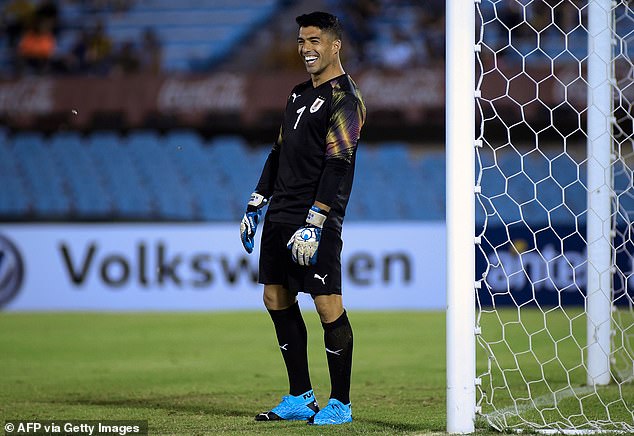 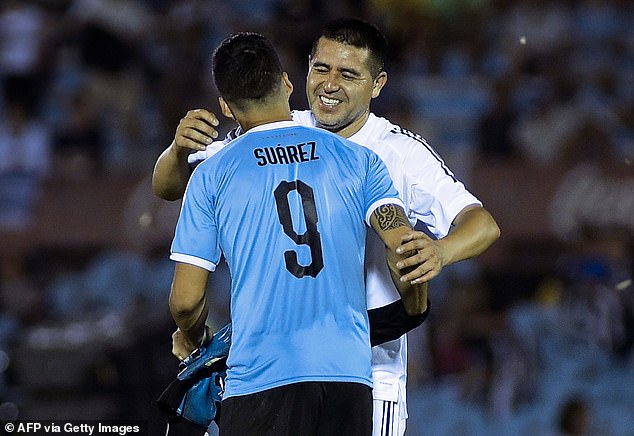 And Spanish golfer Sergio Garcia traded his driver for a pair of football boots as he pulled on a jersey to play in the spectacle at the Centernario Stadium on Saturday.

Meanwhile, Inter Milan legend Javier Zanetti turned back the years to put a shift in for Forlan after the pair played together at the Italian giants, with Diego Milito and Esteban Cambiasso also taking to the pitch.

Former Uruguayan internationals showed their support too as Sebastian Abreu and ex-captain Diego Lugano were seen in the line-up that played against him, with Forlan picking a team of his closest friends and team-mates. 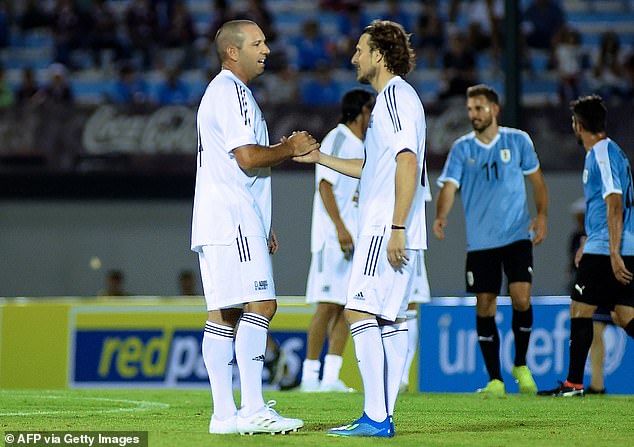 Forlan was given the perfect sendoff as he scored along the way to a 6-6 thriller, before his farewell was wrapped up with a feel-good ceremony with pyrotechnics and music.

The 40-year-old is now set for the next chapter of his career as he prepares to take on his first managerial job in charge of Uruguayan side Penarol.

He started his youth career with the Montevideo-based team before joining them later on in his career for one season in 2015-16, and said the opportunity to coach them was a dream come true.

‘To have my first experience in a club of traditions and of a high level like Penarol is more than I dreamed of,’ he said. 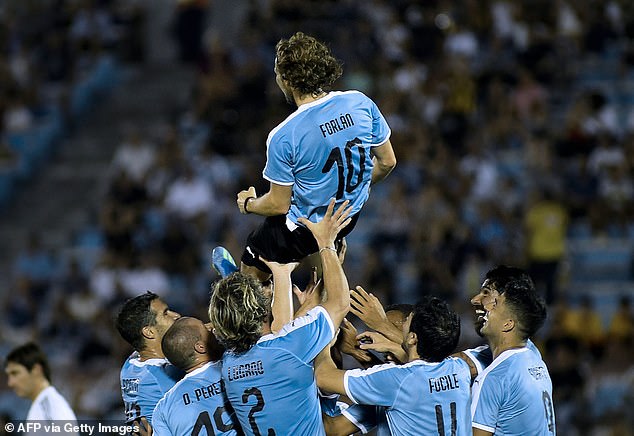 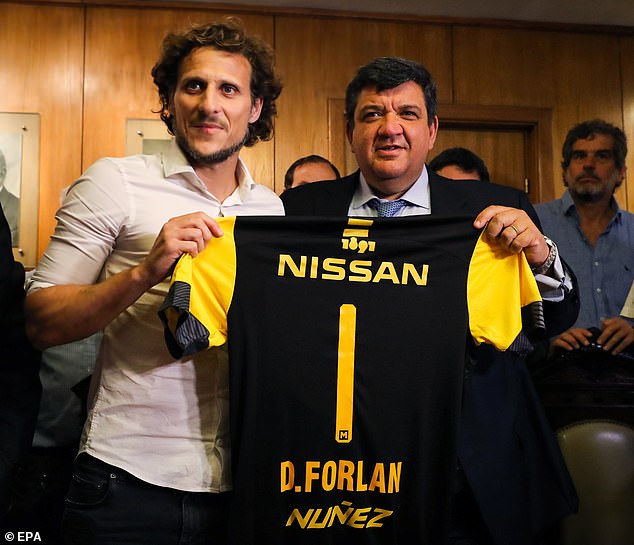 ‘When you play you notice if you like soccer itself. It isn’t only about playing. I enjoy it, I like it, I analyse it, I see it.’

Forlan had an excellent career, winning an array of trophies throughout his 21 years on the pitch, first winning the Premier League and FA Cup with Man United before lifting the Europa League and Super Cup with Atletico.

He also won the Copa America with Uruguay in 2011 after finishing as the top goal-scorer at the 2010 World Cup in South Africa, where he led his team to the semi-finals.

Kodjia did everything he could against Liverpool and will believe he...