Perhaps nothing sums up Manchester United’s current status better than playing Europa League football against the champions of Kazakhstan, but there was enough positives from a dead rubber here in Astana to offer some hope for the future.

The youngest United team ever to play in Europe, younger than the Busby Babes and any that have gone before, will only benefit from this experience even though it ended in the club’s first defeat in the competition this season against an Astana team who picked up their first points.

But Ole Gunnar Solskjaer knew the risks when he named his team, just as he knew that United were already through from Group L to the knockout stage. 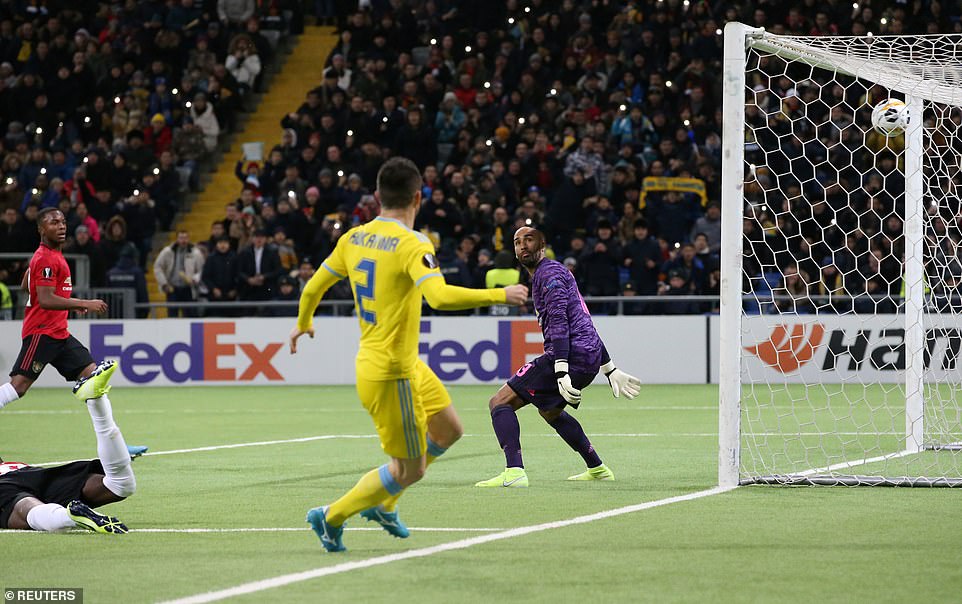 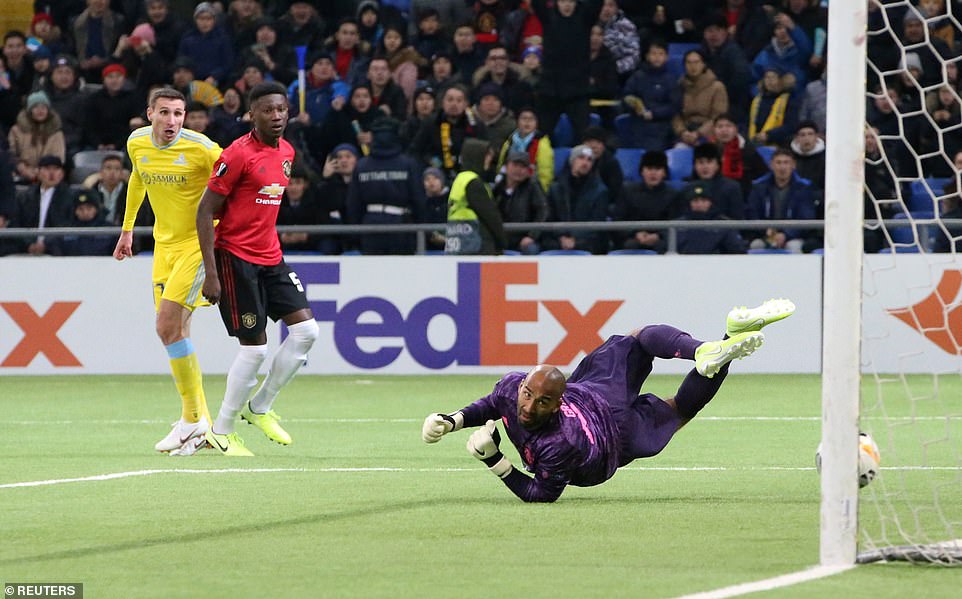 His young players started confidently and went ahead through Jesse Lingard in the first half but lost their way in the second period and conceded two goals in the space of seven minutes.

It will have been a memorable occasion for many of these players, if not for the majority of those who witnessed it. This has been a strange expedition to freezing Kazakhstan, on the doorstep of Mongolia, where temperatures are minus 20 degrees.

Fortunately the Astana Stadium is covered and heated with a plastic pitch, but it was still a chilly night for a game that kicked off just before 10pm. For these young players who arrived at 5am on Wednesday, tried to stay on UK time and are flying back straight after this match, they won’t know if it’s day or night.

Having left his entire starting line-up from Sunday’s draw at Sheffield United at home in the UK, Solskjaer was always going to name a very young team from the squad he brought to Kazakhstan.

It had an average age of 21-and-a-half, or 20 if you excluded 36-year-old goalkeeper Lee Grant and just counted the outfield players. 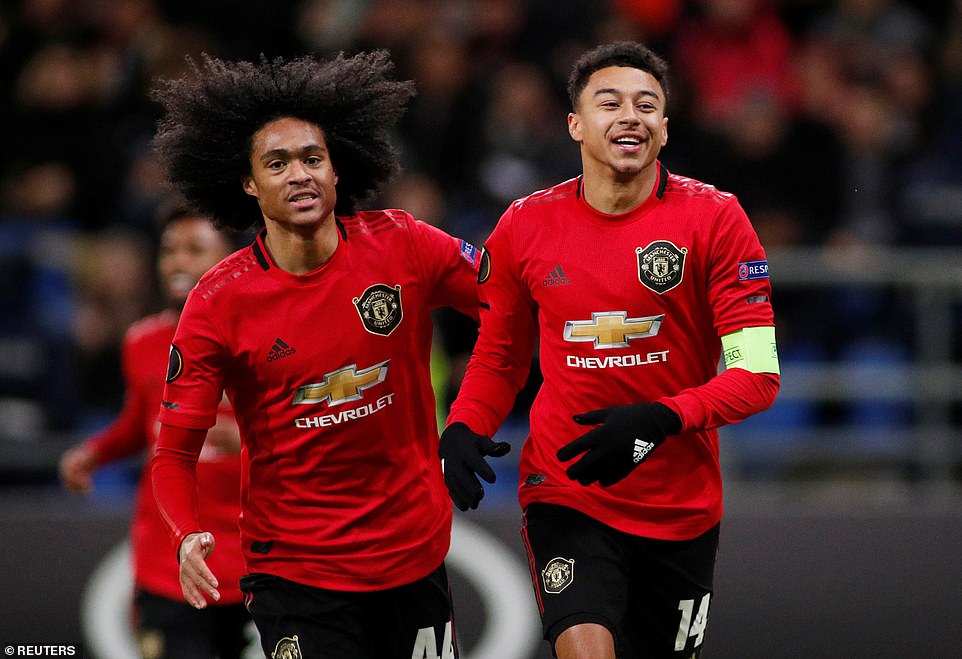 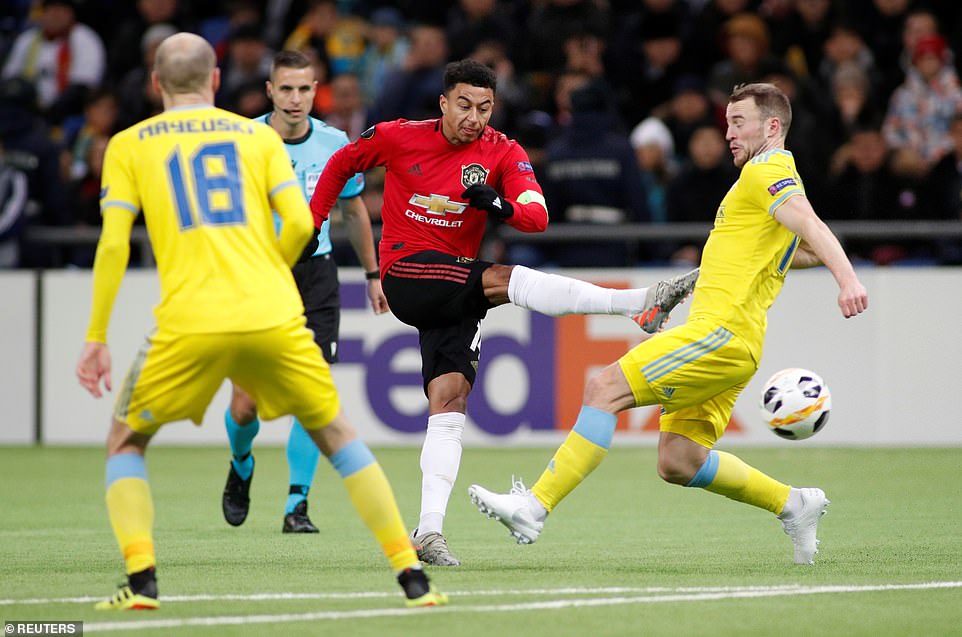 Grant was making his full debut having only played 20 minutes off the bench against derby in the EFL Cup in the 18 months since he arrived at Old Trafford as United’s third-choice keeper, and there were also first starts for Ethan Laird, Di’Shon Bernard and Dylan Levitt who had never even made the senior matchday squad before.

As expected, a substitutes’ bench full of new faces included Max Taylor, the teenage defender who has recovered from cancer that was diagnosed little over a year ago.

Lingard, one of four regular first-team members alongside Luke Shaw, Axel Tuanzebe and Mason Greenwood, captained the team and it was the England international who put United ahead in the 10th minute.

The ball reached him on the edge of the box and he had enough time and space to rifle a shot across goalkeeper Nenad Eric into the bottom corner for his first goal since January.

United’s bold start was certainly deserving of the lead. Solskjaer’s young side were confident and composed in front of 30,000 crowd. Levitt and James Garner moved the ball around confidently in midfield, Tahith Chong and Angel Gomes caused Astana problems with their pace down the flanks and Lingard continued to pose a goal threat.

When the impressive Laird cut inside from the right wing in the 20th minute and squared the ball to his captain, Lingard lifted another promising effort past the upright. 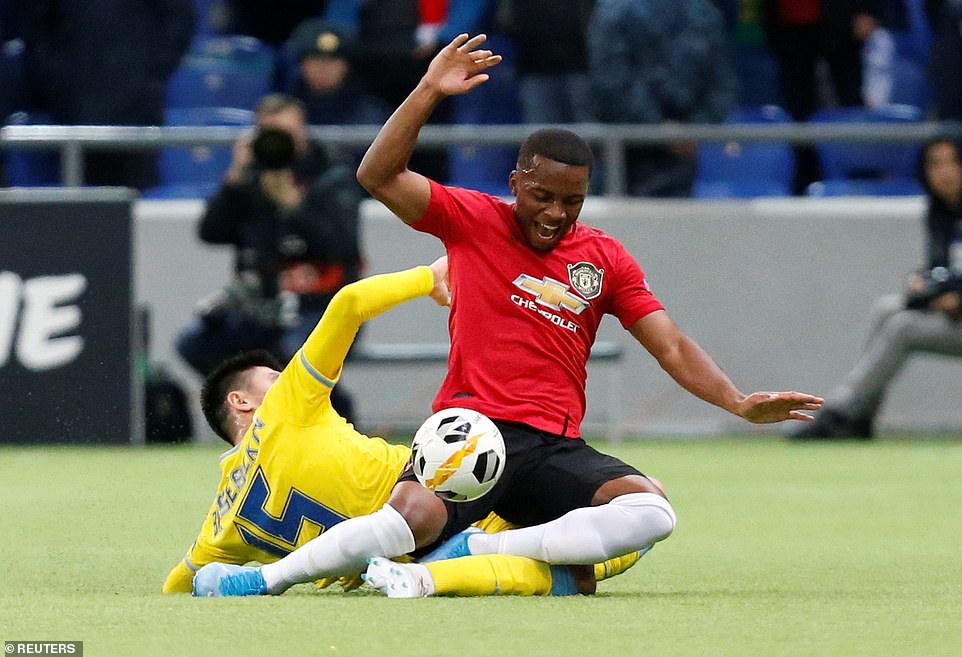 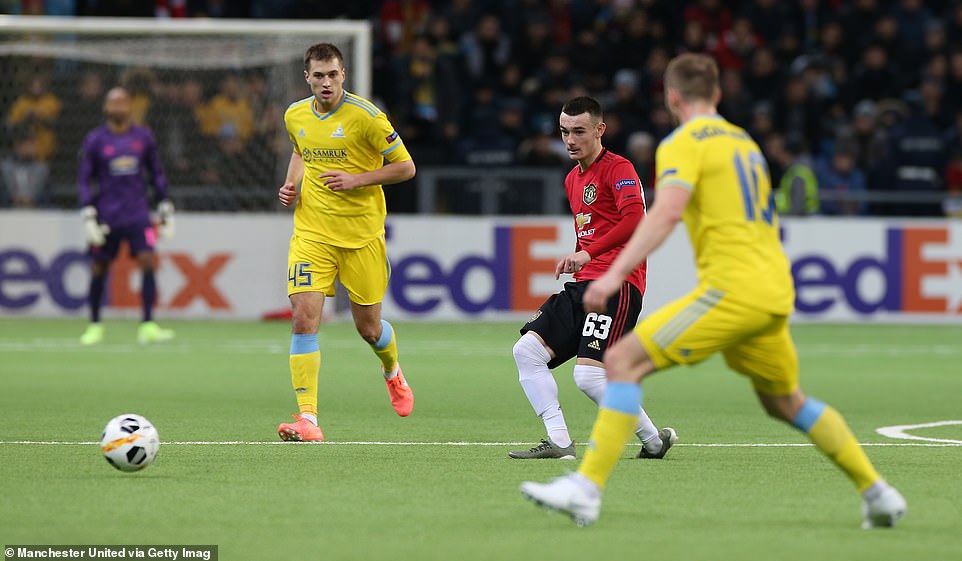 That was followed by a 20-yard attempt just past Eric’s left-hand post and one more before half-time that took a deflection before landing on the roof of the net.

The Kazakhstan champions began to grow in confidence as the half wore on, however, and saw enough of Grant’s goal to encourage the crowd that an equaliser was possible.

The nearest they came was in the 22nd minute when Abzal Beysebekov’s low cross from the left caught the United defence napping, notably Shaw who couldn’t prevent it from reaching Dorin Rotariu just outside the six-yard box. The Astana No.9 should have done better than place his shot into the side-netting.

United had been warned, though, and it was a more purposeful home team that emerged for the second half.

Bernard almost scored in his own goal when he horribly miscued a clearance from Runar Mar Sigurjonsson’s cross and put it just over the bar, before Ivan Maevski went close with a shot on the turn.

Chong wasted a glaring chance to extend United’s lead in the 54th minute when he somehow spooned the ball over an open goal from Shaw’s cross, and Astana were level just 38 seconds later. 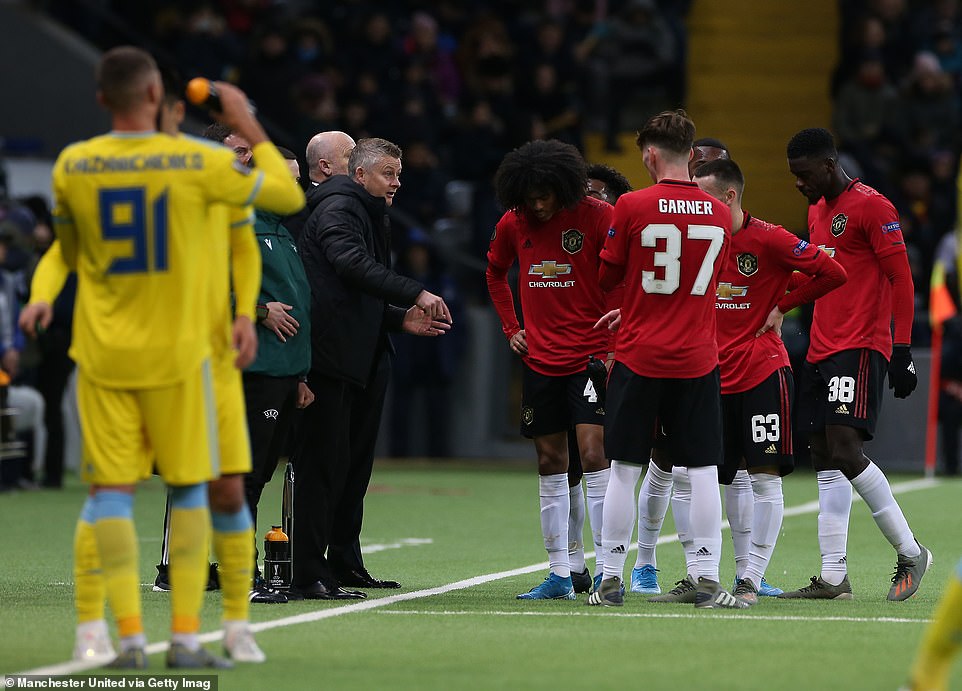 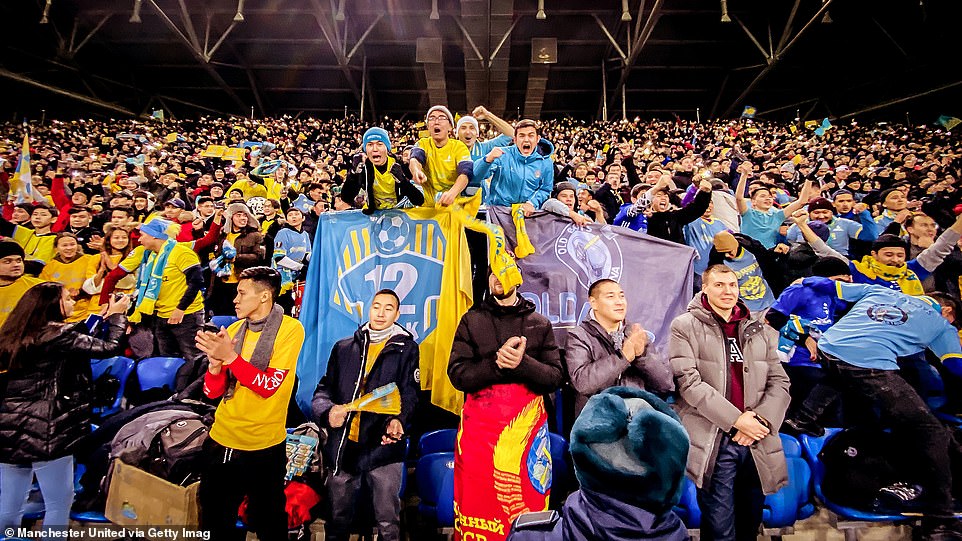 Dmitriy Shomko was able to control the ball inside the box before driving a shot beyond Grant. It was the first time United had conceded in Europe this season and a second Astana goal arrived just seven minutes later.

This time Bernard was not so fortunate as his attempt to cut out Antonio Rukavina’s cross diverted the ball past Grant at the near post.

It could have been three soon after as a fine breakaway opened up an increasingly ragged United and Sigurjonsson fired inches wide.

Gomes went close to an equaliser when his curling freekick on the edge of the box was brilliantly tipped away from the top corner by Eric, who then produced an equally good reflex save to deny Greenwood at close-range.

So a defeat for this young United but certainly no disgrace.